At the CUPE National convention last month in Montreal, awards were handed out for successful communications activities. The regional bargaining group that CUPE 23 has been a part of now has an award-winning campaign. Our president, Bruce Campbell was on hand to join in the receiving of the reward. Thanks to our CUPE Communications rep Stephen Beasley for all his hard work! 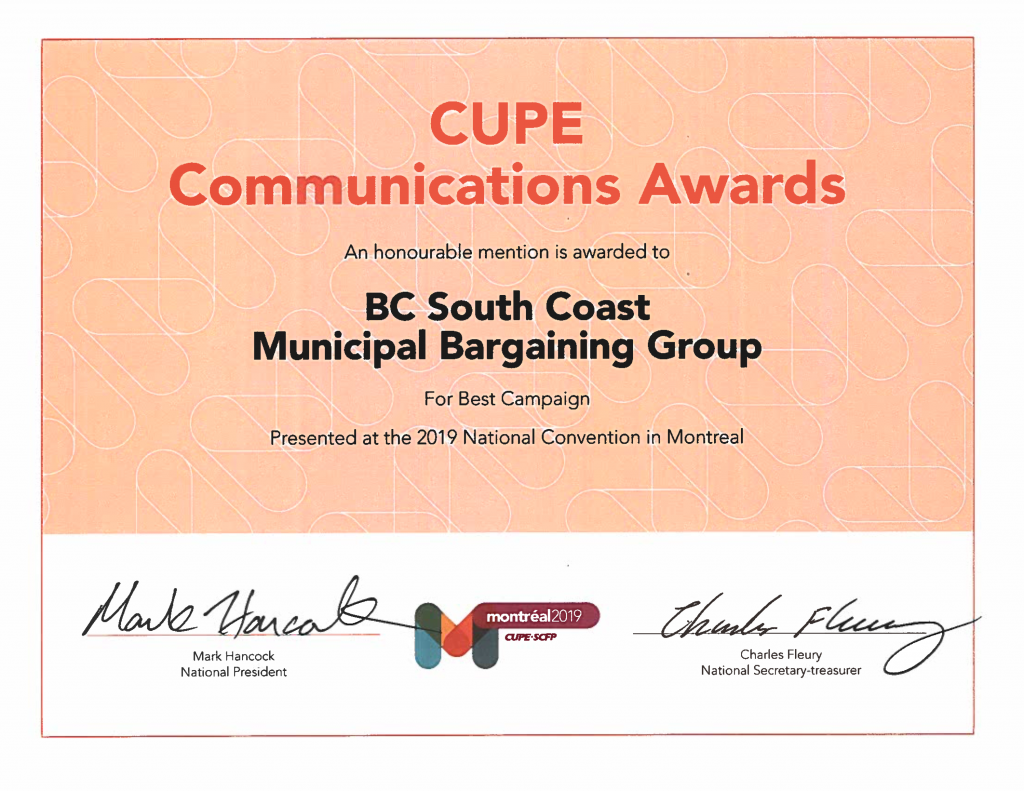 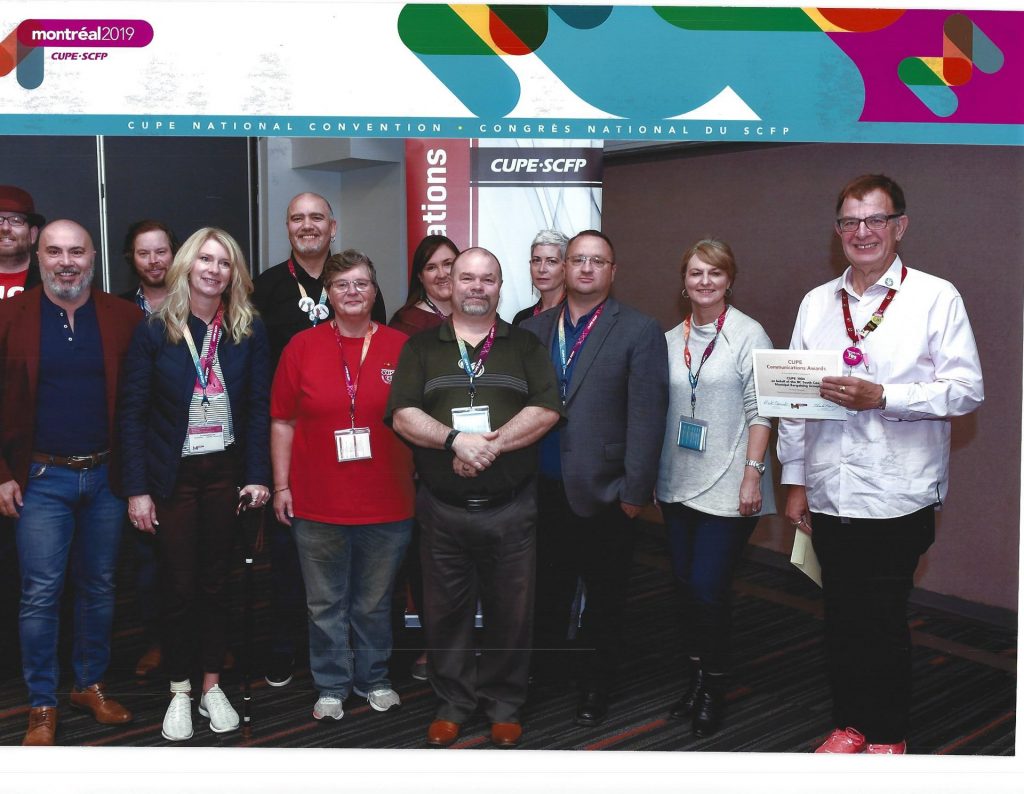